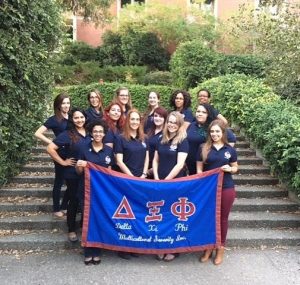 Our sorority is run by dedicated alumnae who give their time and talents to lead the sisterhood. Their home chapters are listed next to their name and short biographies can be found below. For more information or to reach out to a National Board member directly, please click their name and the sister’s e-mail address will appear. 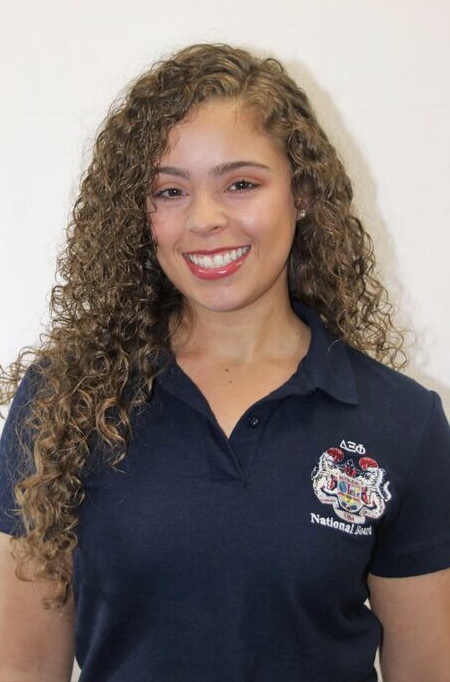 In May of 2010, Nikita became a sister of the Rho Chapter at the University of New Hampshire where she completed both her undergraduate and graduate studies. Nikita associates her confidence and leadership skills to her membership in Delta Xi Phi Multicultural Sorority Inc. She is employed as an Occupational Therapist in an elementary school in Boston, MA, where she works to promote her students’ independence and participation in all aspects of their daily lives. She is passionate about helping others and strives to be an advocate and ally for individuals with disabilities. Nikita is also passionate about her sisters and takes great pride in supporting chapters, actives, and alumnae to have the same empowering experience that she has had as a member of this organization. This is her third term on the national board. 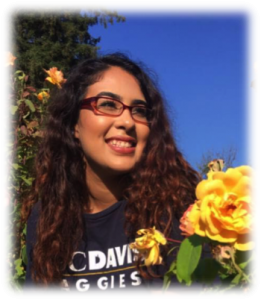 Naleili is an alumna of Delta Xi Phi’s Mu Associate Chapter at the University of California, Davis where she graduated in 2018 with degrees in Political Science and Spanish and a minor in Chicanx Studies. She will be moving back to Southern California where she’ll be working, volunteering in a research lab, and taking steps to prepare strong PhD applications. Naleili enjoys meeting new people and traveling to different places and looks forward to connecting with sisters throughout the Nation. 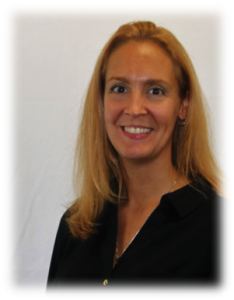 Vicki is an alumna and founding sister at Delta Xi Phi’s Lambda Chapter at Johns Hopkins University where she graduated in 2005.  Having joined Delta Xi Phi’s National Board of Directors in 2005 she is entering her 8th term with the board.  Vicki completed her PhD in Genetics and attended medical school at Case Western Reserve University.  She currently resides in Greenville, South Carolina where she is a Family and Sports Medicine doctor and researcher.  Vicki attributes much of her leadership abilities and successes to her experiences with Delta Xi Phi and enjoys serving on the National Board where she can continue to enrich the undergraduate experience for women through involvement with Delta Xi Phi. 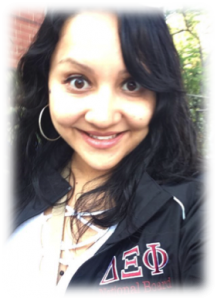 Ivy became a part of Delta Xi Phi at Mu Associate Chapter at the University of California, Davis on June 2010. She graduated in 2013 with a Bachelor of Science in Psychology and a minor in Education and is pursuing her graduate studies at Cal Poly Pomona for Special Education with an emphasis in Curriculum and Instruction. Ivy works as an Education Specialist in Southern California with special education students. This is her second term as a National Board member and she is excited to keep with and continuing to help the sisters of Delta Xi Phi. 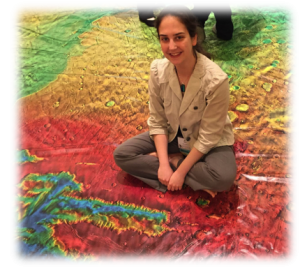 Jessica Noviello joined Delta Xi Phi’s Lambda Chapter at Johns Hopkins University in December 2011. She graduated with a Bachelor’s of Science in Physics and Earth and Planetary Sciences in 2014, and is currently a Ph.D. candidate in planetary geology at the School of Earth and Space Exploration (SESE) at Arizona State University. This is her second term on the National Board and her first term as Executive Treasurer. 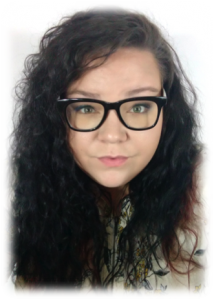 *also a member of National Executive Board

Emily was born in a small town outside of Delta Xi Phi’s Alpha Chapter in Illinois. She joined the Eta Associate Chapter in Fall 2010 at Marquette University and graduated with a Bachelor of Science in Mechanical Engineering in 2013. She is entering her 3rd term on the National Board.  Emily currently resides in Milwaukee and is working as a Sales Engineer at Badger Meter. 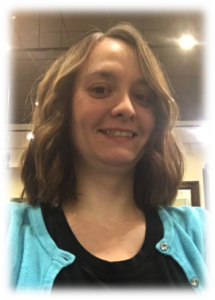 Jennifer joined Delta Xi Phi at the Lambda Chapter in December 2005. She graduated Johns Hopkins University in 2008, then moved down to Houston, TX to pursue her PhD in Bioengineering from Rice University. Jen completed her PhD in 2014. She now works as a lab manager at Rice University, where she keeps a research lab running smoothly, submits grant applications, and mentors current graduate students. Jen is passionate about mentoring and teaching college and graduate students to achieve their goals, especially sisters of Delta Xi Phi. She previously served on the National Board of Delta Xi Phi from 2008 to 2016. 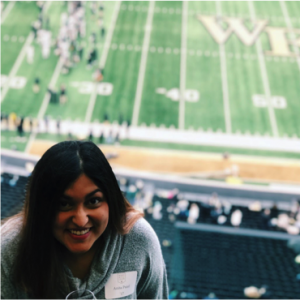 Anita joined Delta Xi Phi’s Psi Associate Chapter at Wake Forest University in spring 2014 and graduated spring of 2017. Following graduation, Anita worked as a Wake Forest Fellow in the Office of the Dean of the College, where she further developed the leadership and collaborate skills built as an active sister. Anita is currently a Masters of Arts in Management student at Wake Forest University School of Business. Still residing in Winston-Salem, she will do her best to support the Psi Associate Chapter but is excited to contribute to the sorority in a new capacity. 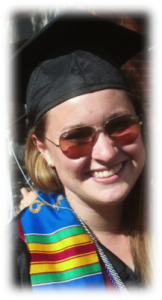 Sara joined Delta Xi Phi’s Rho Chapter at the University of New Hampshire in the Fall of 2010 as a member of the Eta line.  She graduated from UNH in May 2013 with a Bachelor of Science in Social Work and a Bachelor of Arts in Women’s Studies. Sara is currently pursuing her Masters of Social Work at the University of Southern California.  She currently resides in Boston, Massachusetts and works full time for a national AmeriCorps program called City Year. This is her first term on the National Board and she is super excited to help strengthen national alumnae connections. 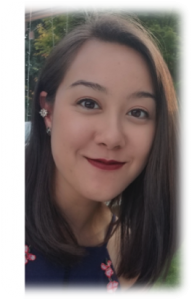 Aliah “Xiu-Xnu” is an alumna of Marquette University’s Eta Chapter. She joined in the fall of 2013 and graduated in spring 2016 with a B.A. in Interdisciplinary International Affairs. This is her first term serving with the board and she looks forward to utilizing her previous experience as a social media chair for four student organizations during her time as an undergraduate. She aims to curate and collaborate for the Sorority’s brand online. She looks forward to making increased connections with sisters so be sure catch her online! Currently, she is pursuing a M.Ed. in International Higher Education, conducting research on student identity with community groups within the campus climate, and working in the community. On her days off, she enjoys reading and sitting outside either by the garden or by the lake. 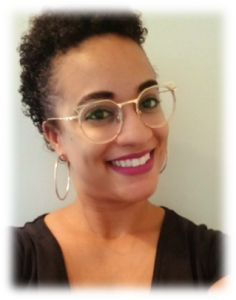 Erien “Nalani” Watson is an alumna of Delta Xi Phi’s Gamma Associate Chapter at Mississippi State University where she studied Political Science until 2009. She also attended Georgia State University where she received her M.S. in Sports Administration in 2014. She now serves as the National Board’s Expansion Chair, and is based out of New Orleans, LA. She currently works at Delgado Community College as an Academic Advisor. With her strong communicative skills, sense of humor, and professional background in leadership and academia, she is eager to support expansion efforts to campuses throughout the country where Delta Xi Phi’s pillars are ready to shine. 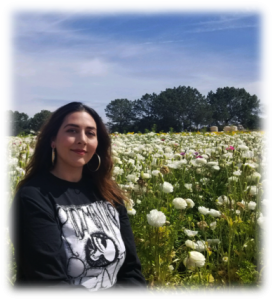 Ambrosia is an alumna of the University of California – Davis, where she joined Delta Xi Phi as the 33rd sister of the Mu Associate Chapter. Having graduated in June 2015, Ambrosia is employing the knowledge gained through her leadership experience and degree in History and Political Science – Public Service in her recent employment at Los Angeles Unified School District.  Following graduation in 2015, she landed a position working for a School Board Member of Los Angeles Unified School District as their Director of Communications and Community Affairs. Still employed with the same Board Member, but now working remotely from Oceanside, CA as she attend CSU San Marcos to obtain her teaching credential. Her next steps include securing a teaching position and then choosing a graduate degree to pursue, Few fun facts: currently learning to surf and swim in open ocean water for the first time. Ambrosia welcomes all questions, comments and suggestions, and enjoys connecting with Sisters. She currently resides in Oceanside, California, and looks forward to her next opportunity to travel! 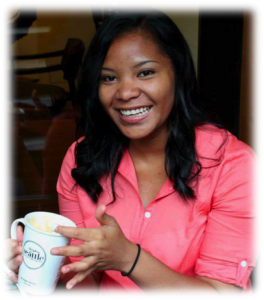 In the spring of 2005, Elizabeth Harris became a sister of the Gamma Chapter at Mississippi State University. She graduated in 2009 with a Bachelor of Science in in Microbiology and in 2014 with another Bachelor of Science in Medical Laboratory Science. Currently, Elizabeth resides in Little Rock, Arkansas where she is working as a Medical Laboratory Scientist and pursuing her Master’s in Business Administration at the University of Arkansas at Little Rock. Aside from her passion to complete her academic goals, she loves to travel and has been to over twelve countries in the past eight years. This is her first term as the Southern Regional Director and is excited to help Delta Xi Phi thrive in the South. 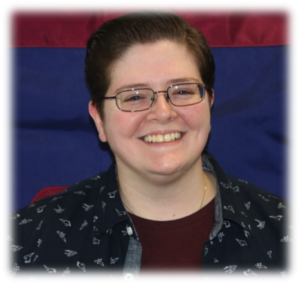 Jenna “Halika” is an alumna of Delta Chapter at the University of Illinois Chicago where she graduated in the spring of 2016 and continued on to earn a Master’s of Social Work. Currently, she is employed as a social worker with a high school. This is her first term on the board and she looks forward to working with sisters throughout the Midwest. 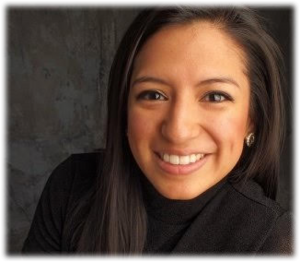 Xiomara Albán is a proud alumna and founding sister at Delta Xi Phi’s Rho Chapter at the University of New Hampshire (UNH). She earned a dual B.A. degree in International Affairs and Spanish from UNH in 2010.

She currently serves as the Associate Director of Admission at Elms College. Xiomara has a wealth of experience in higher education from her work in admissions at UNH and career services at Springfield College. She is also an executive member of the board of directors for the Springfield Public Forum in Springfield, MA. Xiomara has a passion for social justice and continues to work towards academic equity, equality, and accessibility for underrepresented populations.